Understanding the World of Donald Trump 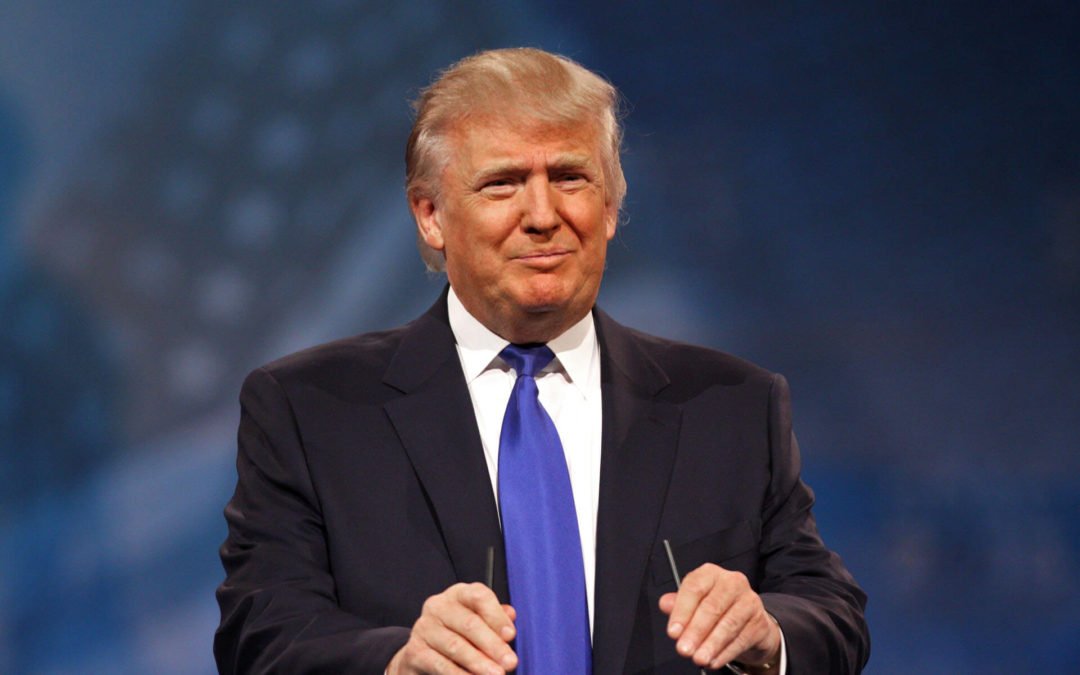 “No two persons ever read the same book.”

Last night a notoriously outspoken entrepreneur and former reality television star became the leader of the United States of America, the most powerful country on Earth. How did we reach this point? Why have we seemingly lost our path, however we each interpret those missteps? When did we begin to differ so radically in our views of our country, and of the world at large? I live in Thailand, where everyone I know views Trump with dismay, confusion or—at best—amusement. Though I do not believe him to be capable, or even a good person, I recognize the appeal he holds for so many. After all, I came from the idealistic past America he so often depicted in his campaign.

Growing up as a child in Wisconsin, I attended a small elementary school that had perhaps a hundred students. Nearly every face was white, excluding the single Hmong girl whose family had settled in the area. My parents, along with several other families, founded an evangelical Christian church that largely defined my early years. I distinctly recall being unable to understand why my peers could support a “radical liberal” like Bill Clinton during our middle school mock election. Many in my high school class dropped out or at the very least did not go on to university. In short, the course of my life as a white male in a small Wisconsin town could have placed me within the 60% of voters in my county who just supported Trump.

That traditional, sheltered experience profoundly changed in 2001. While my family and friends woke on September 11th and soon saw planes striking the World Trade Center, I heard of the attack as I sat on a sofa in Dalkeith Palace in Scotland. An event that altered the course of my country—and arguably sparked a renewed trend toward isolationism—felt distant and disconnected from an ocean away. I moved in the opposite direction. That first experience overseas fostered a hunger to explore more of the world.

I settled in Bangkok nearly ten years ago after traveling around the globe. My wife is a Thai Buddhist, my best friend an Indian atheist, and I work at a school with students who represent over 50 nationalities. Yet the young, conservative boy from Wisconsin is still in me in many respects. I still believe in the veracity of Christianity, both intellectually and at a more visceral level. Though my home is one of the largest cities in Asia, I sometimes crave the isolation and slow pace of rural Wisconsin. My life has woven together the conservative and liberal, both worldviews that seemingly perplex and enrage the other.

Which is more valid? Each time I return to my hometown, I am always struck by the eerie sense of how much it has stayed the same. The idealistic lens I once viewed it through no longer exists for me, yet for many I grew up with, it is the only home they have ever known. Their daily lives, their concerns, their worries and their values are far removed from my own in Thailand. Is the support of Trump by so many there a mistake? Is it a reflection of our now differing perspectives?

The bottom line is that I do not know. It’s easy to lay blame for the perceived failings of our government and country. Ridicule Trump supporters for being ignorant, racist and sexist. Rail against Clinton supporters for being elitist and arrogant. Curse the Democrats for not nominating Bernie, who may—or may not—have succeeded where she failed. Condemn the Republicans for continually blocking Obama. Berate Obama in turn for failing to follow through in many of his optimistic promises. Revile liberals for being immoral and self-indulgent. Laugh at conservatives for being uninformed and judgmental. Blame religion, blame atheism, blame gays, blame blacks, blame whites, blame everyone but ourselves.

The challenge we face is our collective inability to critically examine our own worldviews and recognize how they may not reflect the opinions, values and very lives of others—and that they never will. Until we begin to listen and honestly engage with those other viewpoints, and seek to understand their foundation, we will continue to foster a reactive society that generates conflict and animosity, and gives strength to individuals who will capitalize on our fears. Our government will continue to fail us as we feed into a culture that categorizes us in neatly defined demographics.

As someone who has gradually become more liberal over time and has benefited from the increasing globalization of the past few decades, I often forget that my experiences are deeply different from many I grew up with, as well as others across the United States. Just as I must often take a deep breath and remind myself that I bring my own preconceptions and cultural baggage when working in a highly diverse school, the same is true when interacting with fellow Americans who perceive the world in a profoundly different way.

Democrats, liberals and progressives must resist the impulse to lash back against Trump’s success, precisely because it is that unwillingness to engage with conservatives that enabled the gradual shift to the right. Only by actively seeking out and interacting with those who disagree with us will we ever begin to understand their concerns, fears and questions, and begin to bridge the gaps.

The very word liberal means open-minded and tolerant, yet collectively how tolerant have we been of those who hold particular religious beliefs? How accepting are we of those who believe in an absolute ethical standard? How willing are we to accept dissension, without ridicule, from those who may not share our views? By failing to hold ourselves to our own standards, we make the progressive worldview appear hypocritical or even dangerous to those who do not understand or agree with it.

Similarly, Republicans and conservatives—particularly those who see Trump as a leader who will enrich America—must recognize that most of the world, and indeed a majority of their peers, have changed. As I sat in my office today, colleagues from Finland, Canada, Thailand and other countries around the world stopped by and called, each asking about the election. With quiet incredulity, they expressed concern for the future, questioning how they will feel the impact of Trump’s presidency.

This interconnectedness and diversity is the reality of our modern world, and it will not go away no matter how much we wish for a return to an America that arguably has never existed. Our policies, for good and ill, affect lives around the globe, and we must begin to recognize that we do have a responsibility as the most powerful nation to more carefully consider the massive impact of our actions, and accept our many failings. More importantly, we must begin to recognize that there is no going back, and that even if we try, the world will move on without us.

Despite having lived through riots, bombings and a coup (as well as at least one bus on fire) in my travels and in Thailand, to me most of the world is not unfamiliar or frightening. It is not dominated by terrorists or by lazy immigrants seeking handouts. The interactions I’ve had with most people I have met, from the United States to Italy to Egypt to Thailand, have revealed the opposite: shared hopes, joys and experiences that bind us together. I see the world as a fundamentally good place, filled with people who have more commonalities than differences and are simply seeking a better life.

American politics has become defined through our negative perceptions of the opposing views. We have been too quick to assume, too quick to judge and too quick to accuse. We label those different from us as irrational and foolish, or even dangerous, yet are far too willing to ignore our own preconceptions and rationalizations. Through our insistence on bending others to our viewpoints, we have alienated one another. We taunt, we scream, we fight and we block.

We all created the void that Trump filled, and we all share a responsibility for whatever he may bring into it.

Shortly after writing this, I saw this video being shared by a friend on Facebook. Though I disagree with some portions of it, comedian/actor Tom Walker (as Jonathan Pie) accurately pegs many of the points I was trying to raise…though perhaps with a little more profanity. In attempting to vilify the opposition, we plant the seeds of our own losses. “Being offended doesn’t work anymore. Throwing insults doesn’t work anymore. The only thing that works is…bothering, doing something, and all we have to do is engage in the debate, talk to people who think differently to you and persuade them of your argument. It’s so easy, and the left have lost the art.”