It’s Not Just Academic: The Evolution of Education in the 21st Century 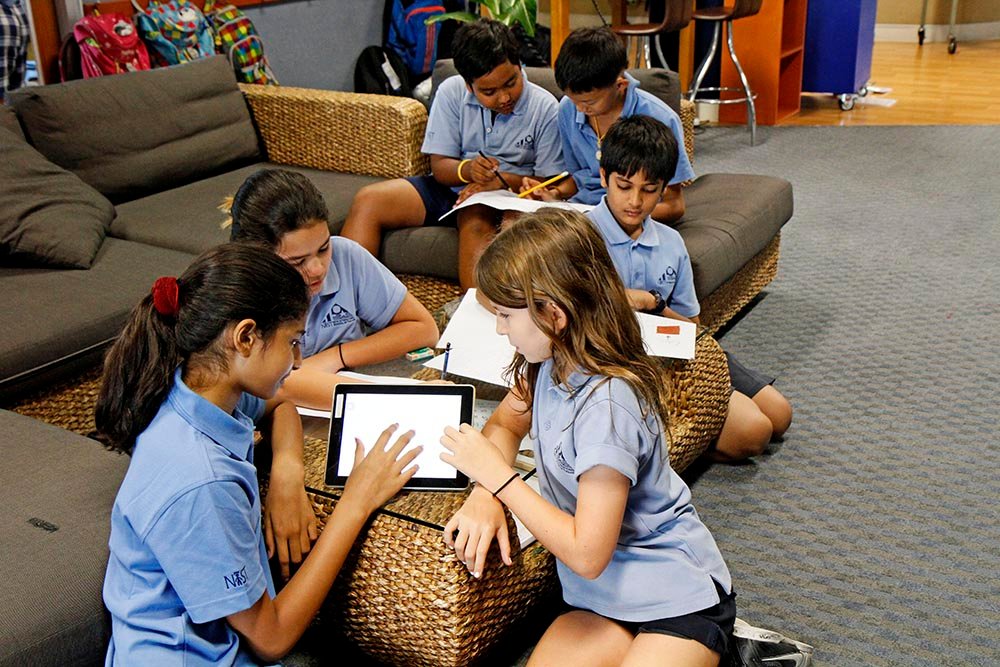 People resist change. In almost every context of the human experience, we often fear the unknown, the gradual transformation of the familiar. The world of education is no different, and as parents, we often struggle to understand what is happening in our children’s classrooms as they complete work and take part in activities that we never experienced. What we often fail to recognise is that our experiences do not, and should not, determine what or how our children learn. Education has changed, and we must acclimatize ourselves to this new world.

Practically every developed and developing country around the globe, including the United Kingdom, has undergone a radical transformation in the past few decades. Bangkok, London, New York and other major cities have shifted from merely being centres of employment to serving as technological and economic hubs. With this have come new educational needs—needs that are not being met by our antiquated academic standards, which all too often still focus on rote learning and uniform content that prepares students for a workplace that no longer exists.

A 2013 survey of the Confederation of British Industry found that over 2 of every 3 employers struggle to find employees with the desired skills necessary to grow their businesses. Similar studies in other countries produced nearly identical reports. The solutions often suggested in the public forum are simple: raise the learning standards, and focus on ‘basic’ academic skills in literacy and maths. Yet this approach fails to address the fact that doing so will not fill the existing gap. Employers do not want employees who know more. They want employees who can do more, and do it while working with others.

Numerous UK universities, aiming to understand the global employment crisis, have identified transferable skills as those being sought by organisations. Leadership, collaboration, problem solving, creativity and adaptability are among the qualities they seek. They want individuals who possess curiosity and maturity, and can communicate their ideas effectively with those of differing opinions and backgrounds. Yet where are these skills in our academic standards? Why do we still see conflict and a lack of empathy in society?

When we look into an effective modern organisation, what we see is a multicultural hub, a dynamic exchange of ideas between diverse individuals of differing backgrounds and opinions. Boundaries are continually negotiated and relationships redefined. Technology is interwoven in every aspect of the workday. Workers play a part in defining their roles and communicating those responsibilities to others, while leaders aim to inspire and guide, not dictate.

Now consider the classroom of the past: a row of straight desks, with homogeneous students each completing the same task, assigned by a single individual who determined the course of study. This is our academic legacy, and it simply will not do anymore. We need more. We need to evolve.

Unlike the national systems, most of which have been highly criticized and mired in reform efforts driven by political agendas, international education has been free to determine its own course. As the world has become more closely connected through technology and commerce, the number of international schools has risen, particularly in the Asian region. Even when affiliated with national curricula, these schools maintain the freedom to determine their own academic standards. Tellingly, though they retain a strong academic focus, the top international schools provide a more holistic approach.

This is most evident in the International Baccalaureate (IB), an educational programme not tied to any particular national curriculum. The IB style of learning concentrates on key transferable skills it summarises in its learner profile. By identifying learners in terms such as open-minded, reflective, principled and balanced, the profile ensures that academics are both rigorous and progressive. Though the IB is not perfect, as is the case with any system, it nonetheless aims to align its programmes to the needs of modern society.

The question becomes whether or not these schools are successful. Based on the accumulated evidence of the past decades, international school students have indisputably outperformed their peers in national systems in every area. In the case of the IB, the Higher Education Statistics Agency demonstrated that IB graduates received more first and second class honours awards, and were nearly twice as likely to pursue further schooling in the future. More importantly, they exhibit maturity and open-mindedness that their peers often do not.

What are some schools doing that makes them more successful? It is not merely the programmes or academic standards. They succeed in large part because of their diversity and openness to change. International schools in particular often include students and staff who represent dozens of nationalities, and encourage them to draw upon their unique experiences and expertise in learning from one another. They become a proverbial melting pot in which the assimilation of ideas and opinions form truly global citizens.

The success of their graduates becomes clear in this light. While students in traditional schools are being asked to focus even more on academic standards and posting high marks on standardised examinations, international schools are creating cultures that thrive on collaboration, shared learning and creativity. They are, in short, producing precisely the types of engaged citizens that employers are seeking: individuals who can communicate with others of differing opinions, work independently and creatively, and guide others to do the same.

Amongst the tasks you’ll see in these schools are types of learning many of us have never experienced. A group of students organize and self-fund trips to underdeveloped areas, working with local leaders to identify and solve issues. A teacher records a class of high schoolers as they share how their respective cultures influence their conceptions of knowledge and learning. Even at the elementary level, students may work with partners on projects they select, while the teacher stands on the side as a guide to help them formulate their strategies.

Though the learning in these schools may be unfamiliar, buzzing with activity and creative chaos, they represent the kind of environment that we know succeeds. A growing body of educational research demonstrates that the philosophy underlying this approach effectively nurtures the skills our children require to succeed in the 21st century. Though it sometimes may be confusing or unfamiliar, we can trust that the evolution of education is a positive trend. Fostering a deeper understanding of differing cultures and individuals provides our children with a learning foundation that quite literally offers them the world.

(Published in The Link, magazine of the British Chamber of Commerce in Thailand)