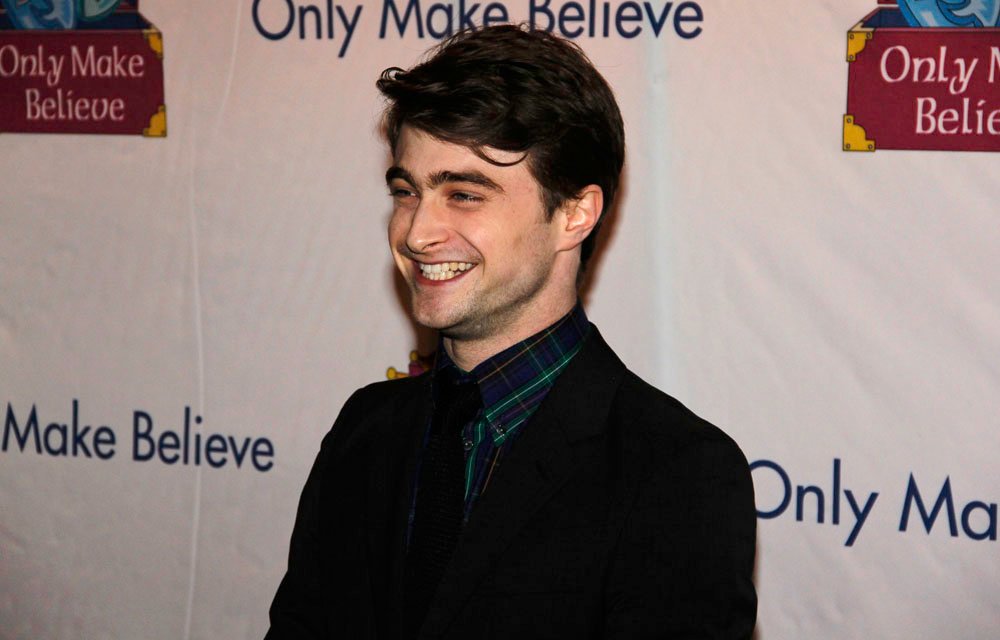 We all have insecurities. Whether it’s picking apart our appearances, obsessing over misspoken words or imagining how we could have made better choices, we are all too often our own worst critics. No one is completely immune from nagging moments of self-doubt, including the most famous among us.

Daniel Radcliffe, better known to the world as Harry Potter, once expressed anxiety over his height. But in an amusingly indelicate moment of reflection, he overcame his doubt by focusing on something positive that was downright obvious to everyone else: “I used to be self-conscious about my height, but then I thought ‘$#@& that. I’m Harry Potter!” Like others, Radcliffe’s self-worth was tied to something external that could not be changed.

What he realized was a simple yet powerful concept: our shortcomings do not define us, and you can make a conscious choice to control those emotions and define yourself anew. It requires appearing confident even when you don’t feel it, creating a perception that becomes reality. David Aaker, in his excellent book Brand Leadership, argues, “To be dominant, the perception of dominance must emerge—and that requires visibility”. The principle applies not only to corporations, but also individuals.

The fear of communicating with others because of our perceived flaws “negatively impact[s]…organizational relationships and work quality/quantity, and educational success”. Personal and professional growth requires moving beyond your own perceptions and doubts, and taking risks. When it comes time to decide who gets hired, who gets promoted and who gets a raise, it will more often than not be the person who demonstrates self-assurance and composure through words and actions.

Becoming that person is not impossible.

Understand that everyone else feels the same way you do.

I was quiet and introverted when I began high school. Keeping to myself, my daily ritual consisted of going to my classes and heading directly home—no clubs, no activities, no sports. The apparent ease that others displayed as they talked, laughed and socialized was alien. Though I could carry on a conversation and had friends, I always felt that I harbored an awkwardness that somehow isolated me more than my peers.

Fast-forward twenty years. At an elegant work dinner, we invited prominent members of our community to sample our new catering service and hear about the school’s expanded vision. Glass in hand and smile locked in place, I listened in on conversations and rehearsed conversation starters. Chatting with a coworker, I smiled as she muttered how uncomfortable she felt at social events. When I pointed out that a few others and I frequently felt the same way, she shook her head incredulously. “How could you possibly feel like that?! You’re so natural when you have conversations!”

I had to laugh. Every person she viewed as being charismatic and outgoing had expressed a similar dislike toward this type of social situation. We unconsciously magnify our own perceived weaknesses and believe them to be unique, a fact clearly borne out in psychological studies in self-perception. The truth is that they are usually no more significant than anyone else’s. You can learn to be a more social, confident person.

Recognize that change is a choice — one that takes effort.

“That’s just who I am!” People often believe that you are who you are, and that combination of personality, intelligence and skills will remain relatively fixed until the day you die. That is utterly wrong. The tabula rasa model may be defunct, but so too is the claim that evolutionary biology exhaustively determines the self. We have steadily developed a better understanding of the means through which we can transform our personalities and even intelligence through repeated behaviors.

Thought, emotion, and action trigger neural activity, which can lead to a reorganization of the brain, shaping future psychosocial experience. From this perspective, we are not the passive products of neurophysiology and heredity; rather, through our behavior in the social environment, we become active agents in the construction of our own neurobiology and, ultimately, our own lives. (Neuroplasticity, Psychosocial Genomics, and the Biopsychosocial Paradigm in the 21st Century)

While positive psychology has far to go in demonstrating the extent of its effects, the American Psychological Association does provide several guidelines for changing behavior through personal and social means. Lest we venture too far into new age territory, it’s important to note that positive psychology certainly doesn’t promote the idea that good vibes are all you need. The bottom line is that transforming your perceptions in order to build greater confidence, communication and leadership skills requires dedication and time.

More importantly, you need to recognize that this process requires a level of discomfort. Just as an extensive workout feels daunting and exhausting for someone who has never exercised, transforming long-held perspectives may feel overwhelming. Yet the only way to change is by overcoming that reluctance, and simply being more social and positive. Try striking up a conversation with a stranger in public. Join Toastmasters or another public speaking organization. Each choice reinforces the skills you’re targeting, and it becomes easier over time.

As you consciously make an effort to become more confident and assertive, associate your choices with positive thoughts and cues, particularly if an experience initially feels negative. By doing so you prime your brain: training it to repeat desired behaviors. In The Upside of Irrationality Dan Ariely explains this as self-herding: our tendency to reflect back on our choices and repeat them under the assumption that they must have been reasonable—even when the emotional connotations are gone. In other words, you simply need to reorient your perspective, consciously choosing to be more positive, and your brain will naturally begin to reinterpret experiences through that lens.

Remember that you always have room for improvement.

In my role as an administrator at one international school, I continually recommended that staff members pursue a master’s degree—not solely because it would provide professional development, but because it also afforded them the opportunity to interact with their peers as learners. One teacher, who ranked among our finest, heard me say the same thing year after year, but remained reluctant. He had created a powerful self-perception, one that didn’t recognize the value of further education.

Earlier this year I received a call from that teacher, thanking me for encouraging him to join the program and describing the positive experience he was having. It simply took one decision to set him on a different path. Education never ends, and by positioning yourself as a learner, you’re not only continually developing your abilities, but also demonstrating to employers that you are self-motivated and willing to lead by example.

However, don’t pursue learning solely for the sake of advancement. Many of the skills that have led to further opportunities for me as an educator stemmed from personal interests—reading and writing, technology, and design. These form the core of your brand, the elements that distinguish you from others. Gaining knowledge is only the first step. Make connections, apply skills in new ways and always be willing to learn more. If you’re a teacher, take business classes. If you’re a salesman, learn to paint. Try new things and learn how they can relate to other fields and professions.

Most importantly, remember that you’re not the only one going through this process of personal branding, seeking to highlight your ability to lead, connect and communicate. Confidence should always be accompanied by a healthy dose of humility and the recognition that you owe others a debt of gratitude. Professional growth is not a zero-sum game. In a previous article I emphasized the importance of transparency in any modern organization. Be transparent, be honest and give credit where it’s due.

As you begin to transform your perspective, find new strengths and learn new skills, you’ll begin to realize that you’ve built a perception—a story—that represents you. Tell that story, and you’ll have a brand just as magical as Harry Potter.

“Daniel Radcliffe” by Joella Marano is licensed under CC BY 2.0